I’m not aware of any Kansas City connection for the late Bill Blackbeard, but his recent passing is noteworthy. Blackbeard was not a comics creator, retailer, or publisher; he was essentially a comic strip collector. An obsessive comic strip collector. Blackbeard’s immense collection of newspaper comic strips preserved entire runs of strips that might otherwise have been lost as newspapers began purging their bound libraries of back issues in the 1970s.

Blackbeard’s archives became the essential resource for books collecting classic comic strips of the early 20th century. Those books, including Blackbeard’s The Smithsonian Collection of Newspaper Comics, influenced a great number of young readers to create their own comics. 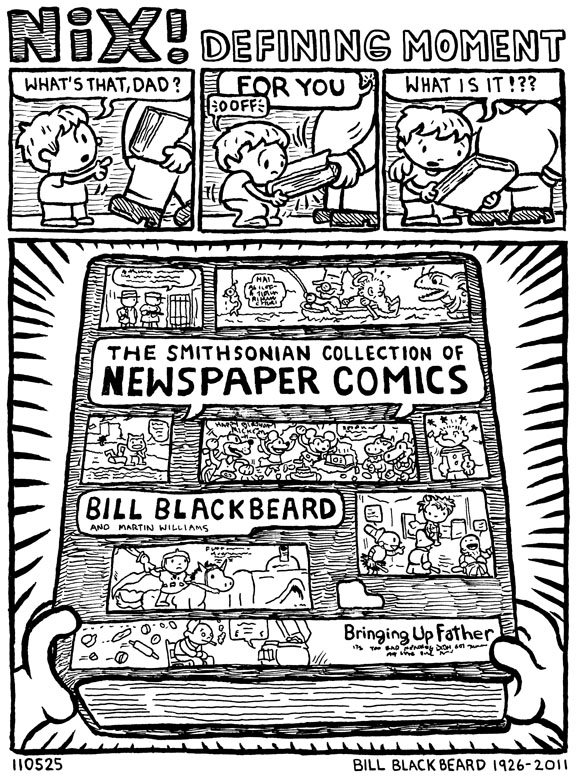